At Consensus, Crypto Continues to Build Despite Market Conditions

A record gathering of industry leaders, business owners, and regulators joined together at Consensus to talk about the next level of blockchain adoption.
Despite market uncertainty, crypto companies and their communities remain as strong as ever.
Key Takeaways

AUSTIN, TX - Blockchain is becoming more mainstream despite the doom and gloom post the collapse of LUNA’s algorithmic stablecoin. Since 2015, Consensus has been recognized as one of the most influential crypto and blockchain events annually. Over 17,000 people attended this year to hear from the most sought-after thought leaders and to experience a wide range of keynotes, workshops, and networking opportunities. While the market is correcting itself, the record turnout indicates that the industry is choosing to dust itself off at this time, roll up its sleeves, and get back to work. "It was clear at Consensus that the development teams were putting a lot of focus into meeting customer requests rather than focusing on crypto market chaos. This is exactly what we wanted to see. Every person in leadership knows that times of slow business is an opportunity to put time and focus into the foundation," said Sarson Funds CEO and cofounder, John Sarson.

On the heels of the most recent World Economic Forum in Davos, there were plenty of examples of a more mature industry at this year's Consensus pushing forward the legitimacy of blockchain. Some of the big names speaking at the event were Senator Kristin Gillibrand, CEO of Fidelity Investments Abby Johnson, and a handful of professional athletes like Baron Davis and Spencer Dinwiddie.

John Sarson and the analysts and investment teams also attended. Zach Profeta, Sarson Funds investment analyst mentioned that a common theme portrayed at Consensus 2022 was the idea in which the entire crypto ecosystem is currently in a strong development building stage. “Most of the projects on display in Austin were heavily funded and have the capable resources to build and grow their protocols and companies. The projects will need this support to onboard the next 100 million global users into the market who have been sidelined for the past 18 months.” He went on to state that the creators he spoke with expressed that this is a typical market cycle on a wider scale we are seeing and no long-term thesis has ultimately changed just because prices are down. This past market cycle acted as a learning opportunity and battle testing of protocols for wider adoption.”

Crypto is both technologically and financially focused. A significant number of displays were DeFi or exchange related with a heavy focus on institutions. “There is a race for institutional custodial solutions and leading that pack to provide those solutions are Fireblocks and BitGo” said David Gamble, portfolio manager at Sarson Funds. Two companies in attendance that are making an institutional push is Metamask and a company called Magic Square. Ivan Dimov, Sarson Funds Community Manager stated that “Several projects like Magic Square are creating platforms to ease discovery of dapps across blockchains, and rewarding their own token for usage.” Gamble also mentioned that there was a large demand for auditors with deep knowledge to help advise on protocol development.

Crypto has grown up a bit since the 2014 NFT video game card and Pepe memes, though it continues to have its appeal to the youth as many companies gamified their booths to draw attention and curiosity. Simon DeCapua, investment analyst at Sarson Funds shared that Youth Crypto Conference leaders were eager about setting a standard of education and curriculum in the crypto and blockchain space for the young future leaders of the industry.

The Austin Convention Center was the main area, but similar to Davos, other locations throughout the city hosted a variety of additional programming, ranging from CoinDesk, the World Economic Forum, Coin Center and other partner organizations. “Creativity of blockchain tech continues to innovate, which was evident by several big displays at the conference involving some form of remote robotic function via mobile/web interactions” said Ivan Dimov, who also noted that nobody seemed nervous about current market conditions and outlook on blockchains development. “The community is as strong as ever and everyone is in serious build mode.”

Sarson Funds is an independent provider of blockchain technology and cryptocurrency marketing and educational services. The firm serves the Financial Professional community and their clients by providing cryptocurrency and blockchain technology educational services and investment solutions. Sarson Funds maintains a Fiduciary Standard at all times, bringing Wall Street standards for research, risk management and transparency to digital asset investing. Along with our Investment Manager and Financial Advisor partners, we believe that disruptive innovation requires a disciplined approach to risk management and education. 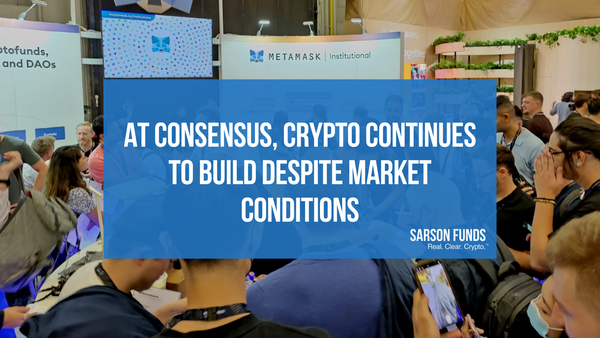 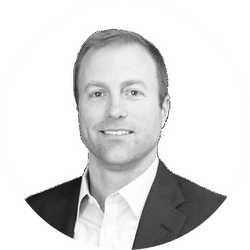